Smoking and Your Eyes 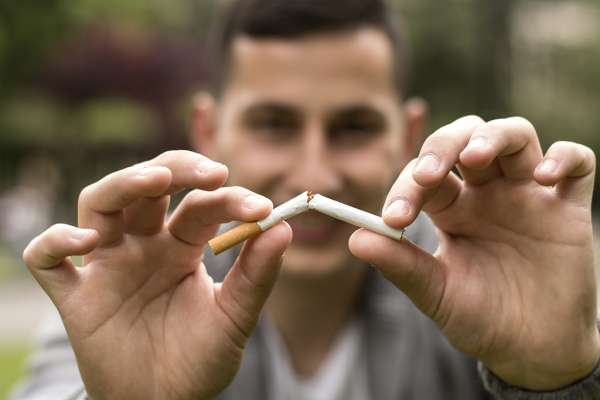 We all know that smoking is bad for your health. What may be less well-known is how bad it is for your eyes. A study in the Canadian Journal of Optometry found that the majority of smokers were unaware that their tobacco use was a preventable cause of blindness. In fact, smoking heightens the risk of a variety of eye conditions including:

AMD involves the breakdown of the macula of the eye, which is responsible for the sharpest part of your vision. A person with AMD may be able to clearly see a calendar on a wall, but the numbers and letters appear blurred. While AMD is traditionally associated with the aging process, smokers have two to three times the risk of developing AMD compared with those who never smoke. The risk of developing AMD increases the more you smoke.

Smokers with type 1 or type 2 diabetes are at a significantly higher risk of developing diabetic retinopathy, which is a common eye disease and one of the leading causes of blindness among North American adults. The disease is caused by changes in the blood vessels of the retina (the part of your eye that transmits visual information to your brain). In some cases, blood vessels may swell and leak fluid. In other cases, new blood vessels may form on the retina’s surface. These abnormal blood vessels can leak blood into the back of the eye, which may block your vision.

According to the Canadian Association of Optometrists, cataracts are one of the leading causes of vision loss in people over the age of 40 and remain an uncomfortable side effect of growing older. Usually painless, cataracts develop as you age when your eyes' lenses naturally begin to harden and turn cloudy or white. The cloudy lens in your eye then blocks light from reaching your retina (the part of your eye that transmits visual information to your brain). The result is a reduction in vision—not unlike looking through a dirty car windshield. While cataracts often occur naturally as you age, you’re more likely to develop them earlier if you are a regular smoker.

Smoking increases the risk of suffering from a transient ischemic attack (more commonly known as TIA). A TIA, or “mini-stroke,” is the most common cause of temporary vision loss. While it may only last a matter of minutes, a TIAMAY should not be ignored as almost 15% of patients who survive the first attack will suffer another within the year.

By not smoking or taking steps to quit, you lower your risk of vision impairment and vision loss. If you’re worried about how smoking may be affecting your vision, visit the FYidoctors nearest you.