What to Expect when Expecting: Your Vision Health 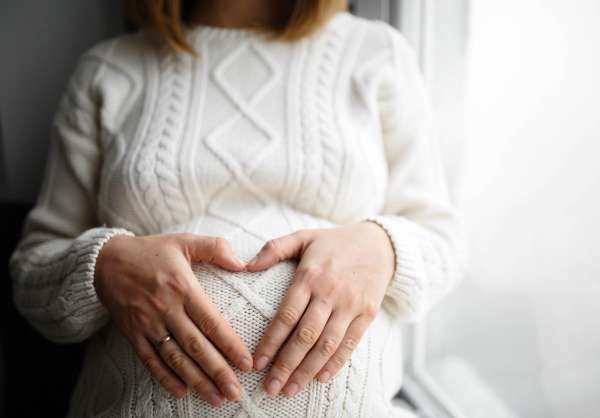 Most expectant moms go through nine months of pregnancy with no noticeable changes to their vision. However, it’s important to be aware that some ocular irregularities can happen, and to know how to spot the difference between normal sight changes from those that may require an optometrist’s attention.

When pregnant, there are three types of things that can occur, these are:

Below is a breakdown of some conditions most known in these three categories.

For many expectant mothers, changes in body functions are a normal part of pregnancy. Not all women are aware that changes to eyesight are just as common as changes to the rest of the body. Most of the following complications will right themselves after the pregnancy is over but talking to your eye doctor and booking an exam is highly recommended as many conditions can be prepared for and dealt with pre-emptively.

Some minor changes can include:

Intraocular pressure (IOP) and Refractive Changes – Changes to corneal thickness and water retention when pregnant can cause eye pressure fluctuations. More common in the second half of the pregnancy, these may present as hazy or blurry vision, rainbow circles around bright lights, as well head or eye pain. As both water retention and loss are considered one of the most common body changes when pregnant, so corneal changes are common. A decrease in lens autofluorescence is reported with water loss and respectively, an increase in liquid volume during pregnancy might result in development or exacerbation of cataracts. Water retention may produce temporary refractive changes and should be monitored by your eye doctor. Symptoms include blurry vision, double vision, glares, and halos around bright lights.

Dry Eye – A decrease in tear production based on hormones is normal, albeit irritating. Your eyes may experience a feeling of grittiness, scratching, or redness. Dry eye usually resolves itself postpartum. Read our blog on how to treat dry eyes here.

Contact Lens Intolerance – While wearing contact lenses while pregnant is perfectly safe, some hormonal shifts, such as water retention and dry eye, can cause discomfort when wearing them. Additionally, as lens curvature may create a myopic shift, there is a possibility of intolerance to current contact lens prescriptions, but this usually resolves itself postpartum.

Unilateral Ptosis – Otherwise known as droopy eye or lazy eye, can present during pregnancy due to hormonal and fluid effects on the levator palpebrae nerve. Usually limited to one eye, it is not a painful, so much as an irritating condition and usually it resolves itself postpartum.

There are structures in the eyes, such as bloog vessels, retinas, and corneas that may be influenced by fluctuations of hormones, water retention, metabolism, blood, hormonal changes, and many other factors. Due to their varying manifestations and the varying severity of symptoms from individual to individual, any changes to eyesight should be discussed with a medical professional.
The following are diseases that can, in rare cases, be caused by pregnancy. Notably, only around 2-8 in 100 women suffer from these and may require medical treatment:

Preeclampsia and eclampsia – Affecting the constriction of blood vessels in the eyes, these conditions can cause decreased vision, flashes of light, blind spots, double vision, with hemorrhages and optic atrophy sometimes occurring in more severe cases. Any of these symptoms require attention and treatment. Damage to the retina may be further exacerbated by diabetes, kidney disease, and hypertension, and for that reason should be monitored closely. Most visual disturbances are noted to dissipate postpartum, but regular follow-up doctors visits are necessary.

Central Serous Chorioretinopathy – CSCR has a proven strong association with pregnant women. Arising spontaneously, an accumulation of subretinal fluid leads to the retina detaching in the macula, causing moderately diminished visual ability. It is believed that the liquid in the macular region accumulates in the subretinal space, thus separating the retina from the retinal pigment epithelium, which is a layer of cells that forms the barrier between the retina and the underlying layers. The RPE keeps the retina alive and enables the photoreceptor cells to detect light. The separation causes some disturbance to this rhythm.

Eye Diseases that May be Aggravated by Pregnancy

Pre-existing conditions and illnesses are important things to discuss with your eye doctors when pregnant, as some conditions may unexpectedly affect the eyes. Not all pre-existing health problems will have an effect, and some, like glaucoma, are even known to improve during pregnancy.

Diabetic Retinopathy – Diabetes is one of the leading causes of blindness in Canada, and diabetics are also more likely to develop glaucoma. The severity is dependent on pre-existing conditions and progression. The American Academy of Ophthalmology recommends that women with diabetes who plan to become pregnant should have a pre-pregnancy dilated fundus exam done. Diabetics, when pregnant, may experience gradually worsening vision, sudden blindness, floaters in your vision, blurred sight, and eye pain. You can read all about the disease further on our blog here.

Glaucoma – Glaucoma arises when the pressure in the eye rises above normal levels. The damage may lead to visual field loss, starting in the peripheries. Glaucoma may sometimes improve during pregnancy due to a decrease in intraocular pressure (IOP), which has been proclaimed to drop 2–3 mmHg, mainly due to the progesterone hormone. A doctor may recommend taking a patient off glaucoma medications or suggest the standard treatment of laser trabeculoplasty. Read our full blog on glaucoma, covering symptoms, causes, and treatments.

Uveitis – Pregnancy is also known to improve the severity of autoimmune diseases, such as non-infectious uveitis, which is a form of inflammation of the eye. Symptoms of uveitis come suddenly, and include redness, pain and blurred vision. Uveitis can be treated by using local eye drops, parabulbar or intraocular injections, or with systemic immunosuppression medications, and it is best to speak to an eye doctor to find the best plan of action. The changes in hormones experienced during pregnancy, are said toalleviate Uveitis, especially beginning in the second trimester. Most doctors agree that the increased levels of oestrogen and progesterone suppress the T helper type 1 immune cells (Th1) thus, T-cell activity in autoimmune diseases triggered by Th1 may be suppressed in some cases.

Preparedness, in all aspects of body health, is recommended when planning a pregnancy. Many of the vision changes discussed here are known to dissipate with no complications after giving birth, and often, they are simply a nuisance rather than a medical emergency. Because symptoms of eye diseases tend to present in similar ways, they often go undetected. We recommend booking an eye exam to discuss any pre-existing health conditions or possible vision irregularities when pregnant.